Tweeting in the New Year

Yesterday, on Christmas Day 2015, my daughter, Deb, introduced me to Twitter. Not just HOW to tweet, but WHY. As a late blooming writer, I’ve adapted to Facebook, established an email list, and started blogging.

Why add any more technology to an already overloaded Artist’s brain? As an artist, technology isn’t supposed to be my strong suite, I argued. But something amazing happened this Christmas. I received an awesome electronic game designed by Jacquie Lawson that was packaged into her beautifully designed Advent Calendar. I had been avoiding electronic gaming like the plague, afraid of being sucked into a time sink. Smashing Christmas ornaments became my new addiction. My right brain (creative) was absolutely enthralled, my left brain (strategic) totally baffled…until I realized that to win the game I had to use my whole brain.

It turns out that knowing WHY I Tweet is key to engaging my whole brain. And at that point, tweeting became my new favorite pastime. Why should I tweet as an author? Because it has the potential to put me in front of more eyeballs than any other cyber tool, not as an artist (totally right brain) but as a writer (whole brain). And that can be pretty seductive. 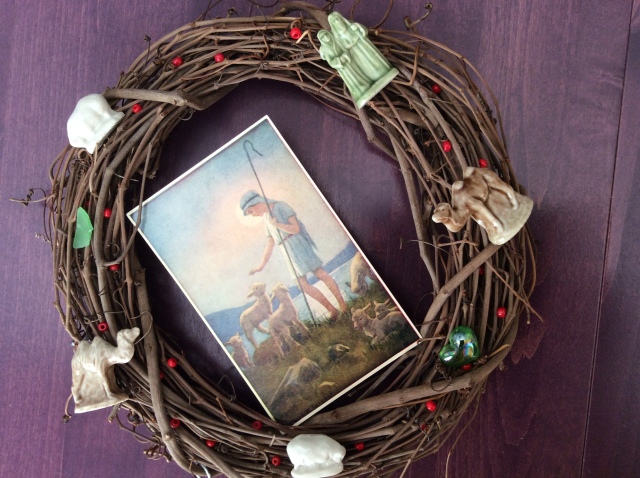 By day I am a technical writer, and by night and on weekends I am an artist and creative writer. Having lived in Phoenix, AZ with my husband Tim for 23 years, I find the urban wilderness in which we lived to be endlessly fascinating. Our home was tucked up against South Mountain, the largest city park in the U.S. The canal slashing across the base of the mountain provides inspiration for paintings, drawings, and sitings of wild coyotes, skittering fluffs of newborn quail, lizards and constant change.
View all posts by Wendy Fallon →
This entry was posted in Art, Artist, Creative Thought, Personal Empowerment, Social Media, Technology, Writing. Bookmark the permalink.
Loading Comments...
Comment
×
%d bloggers like this: